Out of compliance – new guidance explains the implications

In May of this year, new guidance was approved by IMO’s Marine Environment Protection Committee (MEPC) and circulated as MEPC.1/Circ.883. The guidance has a very long title:
Guidance on indication of ongoing compliance in the case of the failure of a single monitoring instrument, and recommended actions to take if the Exhaust Gas Cleaning System (EGCS) fails to meet the provisions of the 2015 EGCS Guidelines (resolution MEPC.259(68))

Since this is guidance for circulation, the effective date is the date on which the circular was issued (21 May 2019).

The shipping industry has asked for this guidance for a while now. The scrubber guidelines, as we know them today, provide allowances for turbidity and PAH but no allowances when it comes to emissions in the stack and other malfunctions. Originally, it was planned that the latter allowances would be part of a new version of the scrubber guidelines. Since this work was postponed, however, it was agreed to prepare some “quick guidance” for circulation. This is what we have now.

The guidance is split into four sections:

When a SOx scrubber malfunctions

The first section defines the malfunction and breakdown of a scrubber system. A malfunction is any event that will lead to the scrubber being regarded as out of compliance. If the malfunction cannot be rectified within one hour from when it was first detected, the ship will have to switch to operation on compliant fuel. If for some reason this is not possible, the ship is dealing with an EGCS breakdown. A breakdown must be reported to the authorities.

The next two sections of the guidance describe exemptions from the requirement to switch to compliant fuel.

What are short-term exceedances?

Let’s take a closer look at the first exemption: short-term exceedances. The scrubber emission compliance limit must be calculated – this is called the emission ratio and is the SO2 sensor reading divided by the CO2 sensor reading. It is easy to envision the resulting value being too high if there is a time lag between the two readings. Another factor that might distort the result is the tendency of the SO2 sensor to react slower to value decreases than the CO2 sensor, which results in an imaginary time lag. Furthermore, incorrect readings can occur from time to time, without any apparent reason.

The EGCS Technical Manual (ETM) describes situations like these in detail, including when they are likely to occur. If the situation is described in the EGCS, the system should not be regarded as out of compliance. However, it should be noted that we are talking about short-term misreadings or misinterpretations, not hours of operation. Normally, these situations would be expressed as single spikes occurring once per day or less, and they should not last longer than the transitory period the ship engine has undergone.

Using a SOx scrubber when a sensor fails

The second exemption is sensor breakdown. There is a certain balance between the scrubber operating parameters, which means that some instruments can act as proxies for others. If the gas analyser breaks down, for example, the pH sensor, in conjunction with the washwater flow meter, could act as a temporary proxy for the emission ratio monitoring – or, as expressed in the title of the third section of the guidance, as an “interim indication of ongoing compliance in the case of sensor failure”.

The last section of the guidance lets us know that whenever there is an EGCS breakdown as per definition in the first section, the ship’s flag administration and the port authorities at the port of destination must be notified. Notification is not required if the ship has changed to operation on compliant fuel, uses an “interim indication of ongoing compliance” procedure, or is experiencing a “short-term exceedance” – these situations are not considered EGCS breakdowns. If, however, the ship cannot complete the current leg of its voyage on compliant fuel, the authorities must be notified.

It should be noted that it is up to the authorities what happens next. They may agree to the ship’s planned actions, or they may not. A port authority is within its rights to reject a ship with an EGCS breakdown.

Does the new guidance improve the status quo?

With this circular, ships operating with scrubbers now have a more robust, operable and pragmatic enforcement regime to work with. So, should we be happy with it? How does it compare to the situation on other ships and in other industries?

Ships without scrubbers must comply by operating on compliant fuel. If compliant fuel is not available, the ship must comply with regulation 18 of MARPOL Annex VI. Section 18.2.2 clearly states that the ship should not deviate from its intended route in order to achieve compliance, which ships with scrubbers can be instructed to do. However, it should be noted that ships with fuel oil non-availability records may be detained, although they won’t be prevented from entering port.

If we glance at land-based power plants in the EU, we see that they operate with average measures per plant. Compliance is achieved by not emitting more than 200% of what is stipulated within an hour’s operation, and not more than 110% within a day’s operation. Furthermore, the plant must demonstrate 100% compliance for a month’s operation at a time. A regime like this would be suitable for scrubbers as well, since scrubbers normally operate in the range of 0.05–0.01% sulphur equivalence.

Certainly, there’s room to discuss whether the new circular lives up to the expectations once held for a new version of the scrubber guidelines – or if there might have been other ways to define the regime. Nonetheless, I think everyone in the industry welcomes the recent clarification. 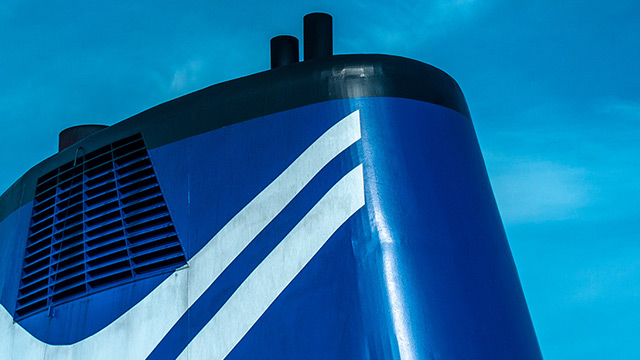