Enforcement of the 2020 global sulphur cap

The 2020 global sulphur cap is just around the corner. In various other corners, I hear a lot of discussion: how it is even possible to enforce this regulation?

IMO’s environmental committee (MEPC) held its 73rd meeting in October last year. At this session, parties to the MARPOL Convention Annex VI (which contains the sulphur regulation) agreed to change the wording of the 2020 global sulphur cap regulation to include the wording “carried for use”, meaning that it is prohibited to carry fuel oil with more than 0.5% sulphur content in the fuel oil tanks. Please note that “fuel oil” is defined as any fuel delivered to and intended for combustion purposes for propulsion or operations on board the ship – so clearly not cargo. So why did the parties support this change?

Stakeholders believe that the ability to enforce the 2020 global sulphur cap is heightened when it is prohibited to carry fuel oil exceeding the global sulphur cap limit. And in theory it is. The jurisdiction of the Port State (the state whose port the ship is visiting) normally extends to 12 nautical miles and not to open sea. Open sea would be the jurisdiction of the Flag State. Prior to the amendment of the regulation, a Port State would only be able to enforce its territorial sea area and not open sea. Now, after the amendment, a Port State is indirectly able to enforce open sea as well.

So far so good, at least in theory. However, in order to carry out the enforcement, a Port State Control officer will need to check each individual fuel oil tank and take samples, as a 0.5% fuel oil might well be an HFO. The look of the oil alone is not enough to determine whether the ship is complying with the regulations. Apart from the additional number of samples that need to be taken (which is not easy or safe to do on all ships) and analysed, the question is whether the states have a sanction system set in place for “open sea” violation. In other words, will a state issue higher fines to a ship that breaches the carriage ban compared to a ship that breaches the ECA sulphur regulation using fuel compliant with the 2020 global sulphur cap? Recently, Singapore has promised prison sentences for violators, but only in its territorial sea: https://gcaptain.com/singapore-imo-2020-low-sulphur-fuel-penalties/. The sanction systems, however, are not the problem of IMO, which has merely seen to it that a framework for heightened enforcement is installed.

So, what about scrubbers in this regard? Ships that use scrubbers are permitted to carry non-compliant fuel oil. This is ensured by the “equivalent regulation” and the Bunker Delivery Note. All scrubbers in operation must either monitor their compliance level in the stack (the majority do so) or be type approved with monitoring of the operation parameters. It is easy to detect whether a ship has switched off the scrubber where it was supposed to be in operation. But what would be the incentive for switching off the scrubber, I ask myself? To save the up to 2% additional fuel consumption when you already have a huge savings machine installed on board, in conjunction with the relatively high risk of being detected? 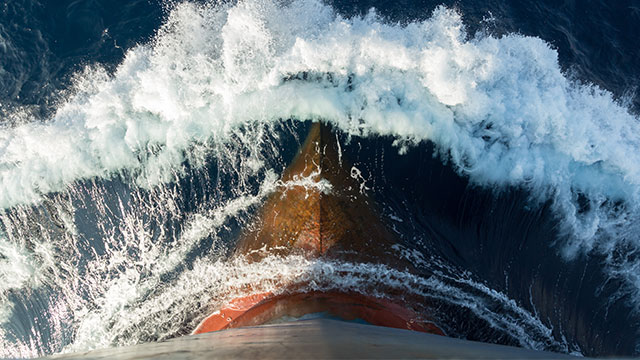