VSL Marine Technology, a 3D scanning and engineering company specialized in ballast water treatment, has had great success with Alfa Laval PureBallast 3. Having been first to work with the new 1500 m3/h UV reactor, the company finds that the PureBallast 3 offering is now even stronger.

Based in Mumbai, India, VSL Marine Technology has handled the engineering in around 25 PureBallast 3 projects so far. Since the majority of these projects are repeated on sister vessels, the company is responsible for a large number of installations on container ships, bulk carriers, supply ships, tankers, VLCCs and more. The company has retrofitted PureBallast 3 systems for flows from 170 up to 1500 m3/h – the latest based on the new 1500 m3/h reactor.

Saving space is an engineering priority

Vikas Laul, Technical Director at VSL Marine Technology, says there are ample reasons for customers to choose UV treatment with PureBallast 3. From VSL Marine Technology’s own perspective, the key parameter is size. “Especially when it comes to retrofit, where the ship was not designed to have a treatment system, having a compact system is extremely beneficial when finding the space on board,” Laul says. “With UV systems and PureBallast 3 in particular, we end up with a very good and compact system.”

In this respect, the 1500 m3/h reactor has been a welcome addition to the existing 170, 300, 600 and 1000 m3/h PureBallast 3 reactor sizes. Recently, VSL Marine Technology became the first engineering company to use the new reactor in practice.

VSL Marine Technology was engaged to engineer a PureBallast 3 system for a tanker with a single 1500 m3/h ballast water pump. Based on what was available at the time, the company first designed a system using two separate 1000 m3/h reactors.

“We were able to fit the system on board, but there was little space available for maintenance,” says Laul. “It was also an old ship and its diesel generators were only performing up to 80% capacity. So space was a difficulty, but power consumption was a big issue as well.”

Hearing of the challenges, Alfa Laval approached VSL Marine Technology with the option of using the 1500 m3/h reactor, which had not yet been launched. “It was really nice that Alfa Laval came to us and the ship owner,” says Laul. “We started the engineering and found that a single reactor would allow for sufficient maintenance space and avoid overdimensioning the required power.”

When the engineering was complete, the difference made by the 1500 m3/h reactor was substantial. Laul estimates space savings of 20–30%, based on the footprint itself and the space made available for maintenance. “Having space for maintenance and repair is crucial,” Laul emphasizes. “Even the option of removing the whole reactor is a possibility that needs to be planned for. It was quite valuable to achieve that.”

Similarly, the new configuration reduced power requirements from 200 kW to 150 kW. “The ship wasn’t actually going to use 200 kW with that size of pump,” says Laul, noting that the system’s power is now perfectly dimensioned for the flow it will serve.

“The system based on the 1500 m3/h reactor was definitely simpler, and there’s less piping as well,” Laul says in summary. “You have the savings in the system itself, plus OPEX savings, and you have savings in installation, piping and associated electrical components. I have to say that the 1500 m3/h reactor is a brilliant offering by Alfa Laval.” 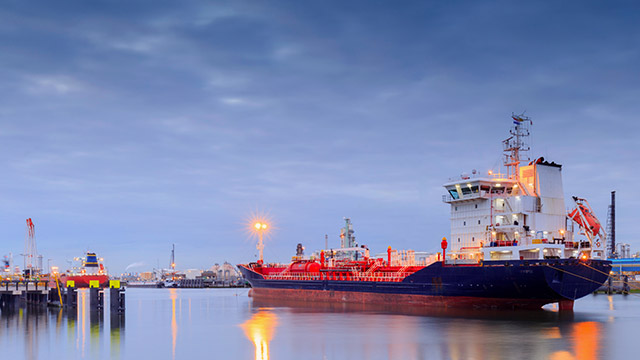