To the last drop

Leading brewers are seeking more sustainable ways to better use raw materials and to optimize production by increasing yields and reducing losses, all while maintaining beer quality and expanding production capability. Alfa Laval provides a series of solutions.

In a year about 200 billion litres of beer are produced globally, corresponding to around 4 billion bottles and cans plus numerous kegs and truckloads of beer, worth some EUR 130 billion. Meanwhile, the various losses at different stages of production can be between 2.1 and 6.4 percent of total production, representing a considerable amount in terms of beer and money.

In the face of increased environmental legislation and its associated costs, the global brewing industry is challenged with reducing these losses and waste streams. Juan Jurado, Filtration & Separation specialist at Alfa Laval, says the need for greater efficiencies in the brewing process is driven by the desire for “higher productivity using the same resources.” In growing beer markets, brewers are also looking to “expand production with smaller footprint sites with lower investments and at reasonable operations costs,” he says.

The global growth rate for beer is 4 to 6 percent per year, led by Asia, Brazil and Africa. “In recent years Brazil has been the market leader in terms of the highest investment levels in breweries,” says Kim Dalum, market unit manager Brewery at Alfa Laval. “Globally some EUR 10 billion is invested in the industry each year, much of it driven by capacity and efficiency improvements.”

China is the world’s largest beer market and leads the United States, producing some 4.6 billion litres per year. Dalum notes Chinese beer consumption has risen six-fold over the past two decades, so greater efficiency is needed to meet the consequent increased production requirements. In all markets, companies want to become more environmentally friendly by aiming for a zero-waste operational philosophy, he says.

Essentially, brewing involves germinating barley by soaking it in water, then drying and milling it. Water is added and heated to release the sugars. This liquor, called “wort,” is then separated from the spent grain and moved into fermentation tanks where yeast converts the sugars in the wort into alcohol. After fermentation, the beer is conditioned and filtered.

Jurado says breweries can reduce the waste problem in many ways. Some by-products of the brewing process – spent yeast and grains – can be transformed into potentially valuable products. A substantial amount of beer can be recovered in the main wort and beer lines, and volumes of waste for disposal can be reduced dramatically, he says.

Alfa Laval’s range of BREW centrifugal separators and BRUX beer recovery separators used with M39 membrane beer recovery filtration modules can recover beer that would otherwise be lost. Here, the surplus yeast is collected in a tank and is further processed in the membrane system where the beer is separated from the yeast by filtration. The filtered beer of good quality is recovered and waste yeast is concentrated. Between 30 and 50 percent of the volume of the surplus yeast is reduced and a similar amount of beer can be recovered.

Alfa Laval Foodec decanters are used to improve waste and by-product handling to produce drier by-products with higher market value and effluence with a reduced biological load. Typical applications are dewatering of spent yeast, spent grain and kieselguhr plus recovery of wort and beer.

Typically, 500,000 to 4 million litres of high gravity wort can be recovered in the same brew, without mixing brews, for each million hectolitres of annual production. “On top of that, another achievement is about a 50 percent reduction in water usage in the whirlpool, which is a classical vessel used in removing trub from the wort, ensuring much less contaminated effluent sent to the wastewater plant,” says Jurado.

Alfa Laval Toftejorg Jet Heads, used in cleaning, can cut in half the amount of water used in various tanks during brewing. Generation G3 decanters and filtration membrane modules find application in brewery sewage plants. Decanters provide efficient sludge dewatering to reduce by half the number of trucks taking solid waste from the brewers, while filtration modules reduced COD (chemical oxygen demand) content in final effluent by up to 10 times. COD is a measure of pollution by organic compounds. “Alfa Laval’s solutions will help breweries achieve increasingly challenging environmental and financial targets,” says Jurado. “The solutions enable them to efficiently produce beer of a high and consistent quality, with minimal losses and improved management of value-added by-product, and ultimately improve their bottom line.” 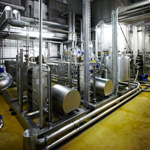 How to speed up the brewery process by using innovative technology

Beer brewing has altered little since our ancestors discovered that barley, yeast and water could be transformed into a potent beverage, and fermentation remains a crucial stage in created the perfect...

Knowing a better yeast handling solution was needed to improve the efficiency of brewing Big Eddy beer, the Leinenkugel engineering team reached out to Alfa Laval for consultation. As a result, the Al... 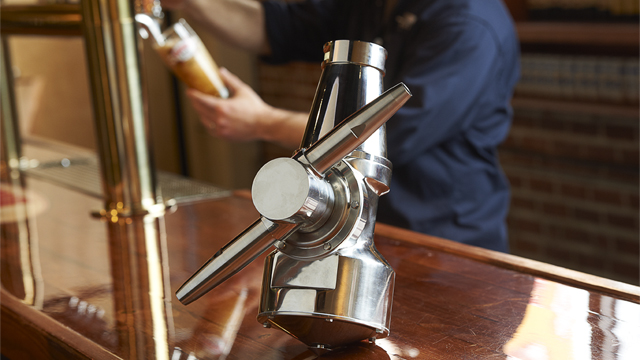 The quest for the holy ale

While the traditional beer market is stagnating across the world, craft beer is flourishing. But scaling up production while keeping quality high can be a challenge. Here is one solution.