From old Architecture School to high-end craft brewery: the story of Omaka in the making

A few years ago Hedda Spendrup had a dream to create a new space that would unite food and beer, fashion and innovation and where foodies would appreciate both the quality and the art behind it. In September 2020, Stockholm’s trendy brewpub Omaka threw its doors open. Every beer served at Omaka is brewed in-house and spun with the Brew 20 centrifuge. We talked to Hedda and Omaka’s project manager Anders Wendler to find out how they turned their dream about a brewery into a reality and how a beer centrifuge contributed to the success. 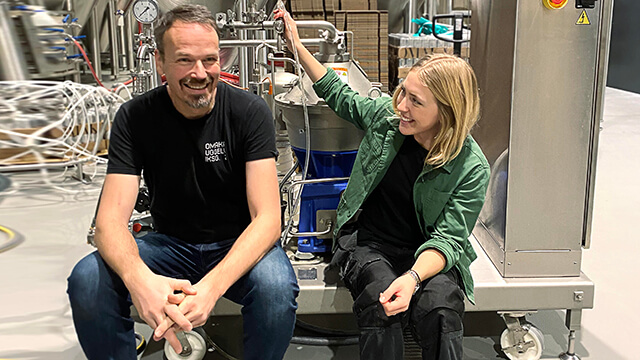 Tell us about your brewery. The who, what, when and how you got started?

Hedda: It all started in 2015 when I came home from Berlin where I studied. Before that, I had worked at Spendrups in product development and knew that that was where my real passion lies. We wanted to create a platform for development and innovation. My uncle called me one day and wanted to show me a room in the old building of the KTH School of Architecture that they had taken over and wanted to invest in creating a place for food, fashion and media innovation. It all felt so very right and exciting. We arrived at the old garage that would undergo renovation, and I fell in love with the space, the building and the concept.

What are your roles and how you contribute to the business?

Hedda: Anders has been the project manager, responsible for the entire construction of the brewery, remains involved and is really helpful with problem-solving at the brewery. I am the Master Brewer and responsible not only for the brewery, but also for communication between brewery and the kitchen, which we place great value on due to pairing food and beer in the restaurant.

Anders, how did you get involved in the brewery? What motivated you to be part of this project?

Anders: I love production and took on this project after spending five years at the New Carnegie Brewery. Before that, I worked for 20+ years with various large-scale brewery projects.

What is special about this brewery concept? Why, for instance, it is called Omaka?

Hedda: It's called Omaka, a Swedish word for ‘mismatched’, because that’s what we felt about the project from the start. Omaka’s home is in what’s known as “Stockholm’s ugliest building” in a high-end neighbourhood of the city. When we produce beer and food, we focus on “taste before style”. We think this is a much more interesting point of departure when brewing innovative beers rather than being locked into producing a certain style of beer like an IPA. Beer really has no limits and can easily cross over to fill roles typically occupied by other types of drinks – as long as the beer serves its purpose and balances the food to create an amazing dining experience. The overall experience is the most important thing!

What type of beer lovers are your target group and what challenges do you face?
Hedda: Our target group: food and beverage lovers of all kinds! We want to be able to win over new beer drinkers as well as those who usually drink wine. We believe that taste before style makes it easier for people who may not know much about beer to be able to venture beyond their comfort zones and choose flavours of beer they usually prefer in other drinks.

What types of beer do you focus on? Why? Do you have any recipes that you are particularly proud of?

Hedda: No styles! Personally, I like Svartskog, a very lovely, dark beer with chocolate and coffee flavours and loads of blackcurrants and raspberries, which lends to a really nice berry and acidity to the beer. Pepper pepper is another favourite, layered with lots of passion fruit and the two pepper varieties, Voatsiperiferi and Kubeb.

What values are most important to you when it comes to your brewery and beer production?

How much beer do you produce per year?

What ingredients do you use for the beer? Which raw materials do you think are critical for your particular beer production and where do you buy them?

Hedda: Fruit purées are really important! Quality is everything. That’s why we only buy the best from the Sicoly cooperative in France. Omaka beer draws its influences from herbs, spices and other flavours around the world, and again quality trumps all. The collaboration with our kitchen is also critical to ensure exquisite food pairings!

How did you come up with the idea of getting a beer centrifuge?

Anders: A centrifuge is a simple, effective way to create a beer the way we want it after fermentation and storage. We tried kieselguhr filtration at other breweries. Sure, the beer gets a little brighter, but the benefits of a separator outweigh that. It feels good to overcome the challenges that kieselguhr presents on the brewery floor with a centrifuge. 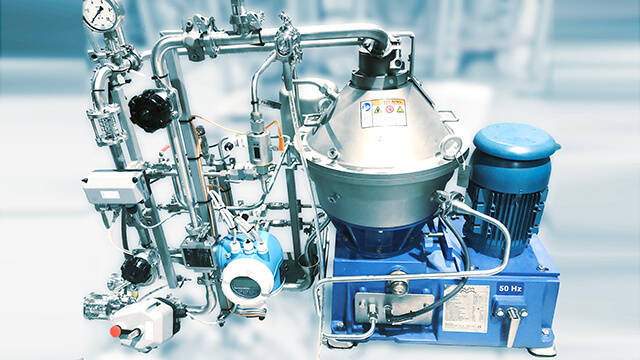 Why did you choose Brew 20 from Alfa Laval?

Anders: The Brew 20 beer centrifuge is a robust machine that’s easy to handle. We had the opportunity to test it and were satisfied.

How does the Brew 20 perform and how do you use it?

Anders: It is easy to take care of and doesn’t need to be monitored while operating. The same is true for to CIP, or Cleaning-in-Place. We focus a lot on keeping the oxygen pickup low, and there Brew 20 performs very well.

The beer centrifuge is a fairly large investment for a brewery. How do you feel about this purchase and return on investment from it?

Anders: Alternative technologies are not exactly any less expensive. We had the opportunity to choose the technology for the project, and the decision fell quite quickly on a centrifuge.

What factors does one need to think about before getting a beer centrifuge for a brewery?

Anders: Brew 20 is very easy to connect and only requires electricity and water. We had help aligning the machine and setting it on its legs. Plus it’s easy to move if, sometime in the future, we want to reconfigure the brewery. Operation is trouble-free and does not require much supervision. The centrifuge also takes up very little space.

What is important to do right as a brewer, to be successful in this industry?

Anders: Quality! All good ideas and clever innovative beers fall flat if you don’t take care of the quality.

Omaka Brewery at at glance

A centrifuge is a simple, effective way to create a beer the way we want it after fermentation and storage. We tried kieselguhr filtration at other breweries. Sure, the beer gets a little brighter, but the benefits of a separator outweigh that.

The Brew 20 beer centrifuge is a robust machine that’s easy to handle. We focus a lot on keeping the oxygen pickup low, and there Brew 20 performs very well. It is very easy to connect and only requires electricity and water. 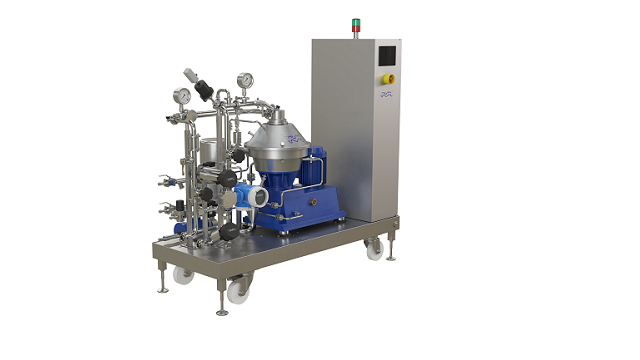 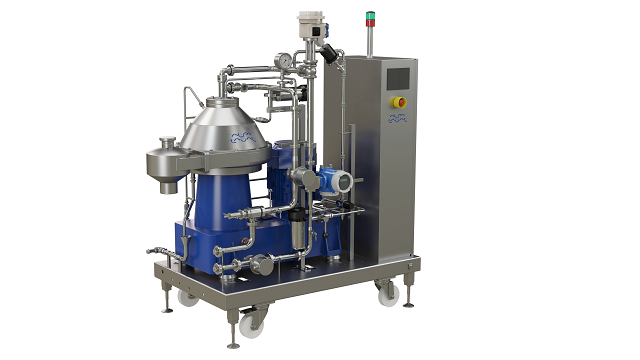