How to store renewable energy

Alfa Laval is supplying technology and acting as an investor in a revolutionary new energy storage solution which could solve one of the biggest challenges facing renewable energy.

The announcement late last year of a $26 million, Series A funding round for new start-up Malta Inc. garnered plenty of attention for a number of reasons. The first was the start-up’s background, a two-year incubation at X (formerly Google X), Alphabet’s mysterious Moonshot Factory, from which the company was spun out and independently incorporated. 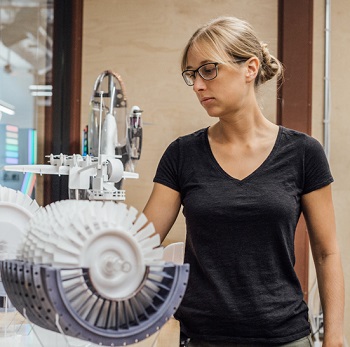 The second headline-grabbing factor was the profile of the investors: the funding round was led by Breakthrough Energy Ventures, a $ 1 billion fund led by Bill Gates and supported by the likes of Jeff Bezos, Michael Bloomberg, Jack Ma, and Richard Branson.

"The analogy I like to use is that the Malta system is like a giant refrigerator"
Adrienne Little, Malta's heat exchanger technical lead

Malta’s new energy storage solution has the potential to revolutionize the future of grid-scale energy storage. The system can draw electricity from the grid in times of plenty and store it for hours or days, waiting until a time of high demand before releasing the power back to the grid. This could solve numerous challenges to the mainstream adoption of renewable energy.

Energy supply is one of the most pressing problems of the 21st century and fossil-based energy production will not satisfy energy needs, nor are these methods sustainable. Regardless of political or environmental ideology, renewable energy will play a major role in the future energy mix.

The solution to the problem of intermittency with renewable energy is energy storage, lots of it. To fully replace carbon-based fuels, we need the capacity to store large amounts of energy to cover the periods in which wind or solar power are not available.

The best answer so far has been lithium-ion batteries. However, these are made from materials that are in short supply, and which over time will become as difficult to find as the fossil fuels they are helping to replace. The rarity of these materials makes the batteries expensive, limiting their viability as a global solution. In addition, lithium-ion batteries must be disposed of carefully and, as of now, the challenge of large-scale battery recycling remains unsolved.

Another problem is found in current grid architecture. Typically, fossil-heavy generation is located near major loads, but the engagement of renewable generation has seen energy coming online in an intermittent way, far away from load. This makes transmission and distribution of energy to high-consuming sites costly and difficult.

Malta’s system uses electricity from the grid to produce hot and cold. A heat pump extracts heat from an anti-freeze-like solution, dropping its temperature to -65ºC. At the same time, heat is added to the molten salt, heating it to 565ºC.

The hot and cold are stored at these temperatures until the grid calls for electricity again. At such time the temperature difference is converted back to electrical energy with a heat engine, similar in function to a steam turbine power plant.

Because the Malta system uses fundamentally low-cost materials like salt, steel, and air, the cost of the physical system is low enough to make it a compelling solution for the most critical large-scale energy storage needs.

A vital part of Malta’s new energy storage solution is heat transfer technology supplied by Alfa Laval. As both an investor and a partner in the project, Alfa Laval lends more than expertise and financial backing. “It was really important for us,” says Malta CEO Ramya Swaminathan, “to identify the partner, the investor, the party that carries the credibility in the market, so that people outside – customers – would look at the product and say, ‘Oh, your heat exchanger’s going to be Alfa Laval? We feel better already.’”

Critical to the success of Malta’s electricity processing capability is effective heat transfer, for which Alfa Laval is the clear industry leader. Alfa Laval started speaking to the Malta team while the project was still at X. What began as preliminary design of heat exchangers that satisfied Malta’s unique needs became a sustained interest in developing the specific Malta system.

Alfa Laval’s deep expertise and respected brand is instantly known when Malta mentions the company in meetings with customers. “It conveys to them the seriousness and the practicality of the solution,” Swaminathan adds. “From the very beginning it was incredibly important to us that we have people that have worked with heat exchangers for decades and decades. Because it’s not just the core technology itself, it’s also the know-how, the maintenance, the manufacturing. It’s the whole ecosystem that you have to bring together to make these complex, large, high-performance units in a real system.”

How the solution works 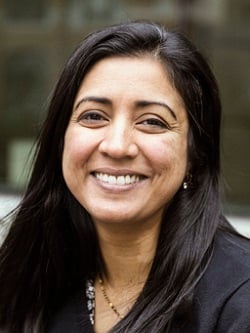 Ramya Swaminathan, Malta's CEO, has a strong drive to influence the world for the better. 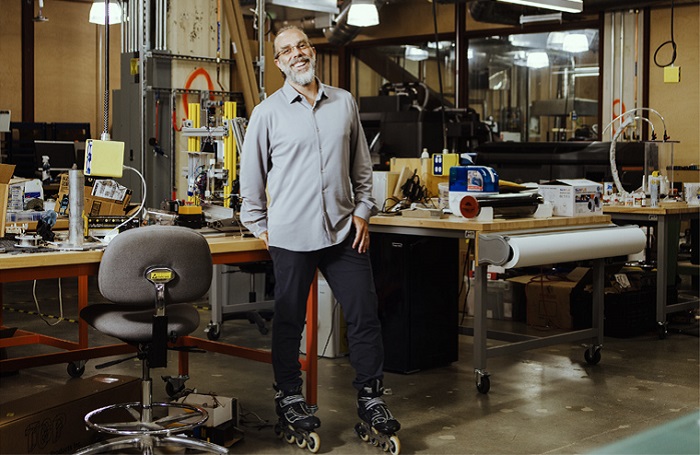 Our strength is building the bridge from idea to proven concept. We've gotten good at pushing forward things people think are crazy to the point of feasible product prototype
Astro Teller describes X in 2016

This could solve numerous challenges to the mainstream adoption of RENEWABLE ENERGY, including intermittency and the cost of investment in transmission and distribution infrastructure. "In a sense, this is a puzzle piece that can fit anywhere" says Adrienne Little, thermodynamics specialist and Malta's heat exchanger technical lead.

How does the Malta system work?

Solutions for the benefit of people and planet

Innovative food processing to turn bugs to burgers, or new technology to store renewable energy are only two examples of articles in the new edition of HERE magazine. The articles illustrate what we mean by responsible growth, providing solutions that benefit both people and planet. Read our award-winning business magazine!