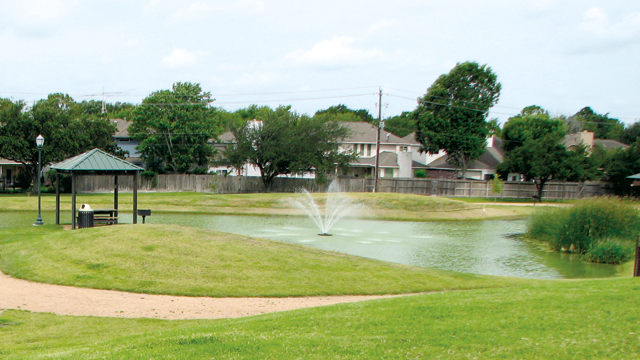 No city too small

With the City of Meadows Place being contained within only one square mile and having a population of 4,660 people, this is one of the smallest cities in a big state. Surveys from as far back as 1996 indicated a desire by the people of Meadows Place for a water feature inside the city.

The original intent of this project was to turn a flat, hard packed four acre piece of land into an inviting area that contained some type of water feature. What began as a simple project to fill that need became the centrepiece of a very innovative “Green” Reclaimed Water project that has changed the face of a city forever.

We can’t afford the water!

At the heart of the project was a Small Community Grant featuring a lake. However, soon after the grant was awarded, the Mayor realized that the city could not afford to fill the lake due to ground water pumpage fees that would be have to be paid. Knowing how much the city would benefit from this project, solutions were sought. Multiple meetings provided a solution which would turn a negative into a financial positive by filling the lake using a Type 1 reclaimed water from the wastewater treatment plant, which would also be used to irrigate the parks and the ball fields - saving the city nearly $25,000.00 in water fees annually!

Solution - A partnership between the city and a technology  provider

The use of reclaimed water created a whole new set of problems, not the least of which was that the city had no way to capture and convert their effluent to Type 1 reuse water.

The Utility Director, Dan McGraw, worked with Alfa Laval Ashbrook Simon-Hartley to design and manufacture an Iso-Disc cloth media filter to provide a minimum of 200,000 gallons a day of Type 1 reclaimed water for the new lake. This has proven so successful that to date dozens of cities, utility districts and water companies from around the USA have visited to see how they can incorporate some of these ideas into their own communities. The robust and simple design of Iso-Disc, combined with minimal operation and maintenance require- ments, enable Iso-Disc to keep costs under control for the city. The filter is gravity driven and operates continuously, even during a backflush sequence or maintenance task.

The pile cloth filter media provides for high capacity depth filtration and cleans easily with infrequent backflushes. Regarding this, Mr. McGraw states “The success of the Iso-Disc filter has made all of this possible”.

The ten to twelve foot deep, three million gallon lake is now the centrepiece of an eight-acre park complex. A half mile walking/jogging trail surrounds the lake and crushed granite walking trail which crosses the lake via a special bridge / fishing platform. A fish stocking program proved extremely successful as kids of all ages catch and release bluegill, bream and bass.

Mayor Charles Jessup says of the project, “This lake changed our community and we are proud of the fact we are using reclaimed water.”

“This lake changed our community and we are proud of the fact we are using reclaimed water. The success of the Iso-Disc filter has made all of this possible”. 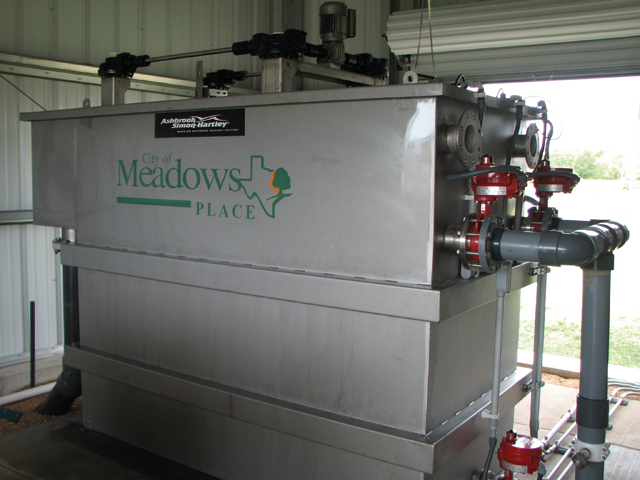 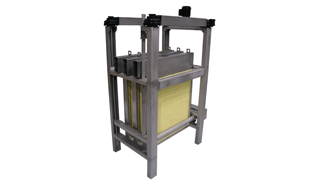