Never have so many people around the world enjoyed affluent lifestyles, yet never have so many gone hungry. Making food production safer and more efficient, and ensuring greater access to nutrition, are critical in an era of explosive population growth and rapid urbanization. Feeding all existing mouths — let alone the projected 9.6 billion by 2050 — is a true global test.

From improved harvesting and crop management techniques to new food processing know-how and savvier distribution, food production must become more efficient and less wasteful if we are to feed the world. Consider that around one third of the food produced in the world for human consumption every year – approximately 1.3 billion tonnes – is lost or wasted. In many parts of the world, especially in emerging markets, population growth, rapid urbanization and other megatrends are transforming food consumption patterns and making ever-greater demands on the food chain. Rising disposable incomes, increased purchasing power and growing consumer awareness of food quality and safety across the developing world, notably in countries like China and India, are fuelling a sharp increase in demand for processed foods.

The mass entry of women to the workplace is a key driver. Across the world, women in dual-income households are spending less time in the kitchen and turning to processed foods to feed their families. This shift reflects a lack of time but is also a matter of choice. As Siddharth Jain, executive director of LMJ Group, a leading Indian agribusiness, wryly observes: “About 85 percent of women are responsible for cooking the family dinner, and 84 percent wish they didn’t have to.” Processed food accounts for some 80 percent of food consumed in the developed world, compared to 25 percent in China and 32 percent in India. As the gap closes, processed food will see exponential growth. In these developing markets and others, adopting new techniques can help raise food production, increase crop yields, create better markets, improve food supply chains and get more from raw materials.

“Food producers and processors in industrialised and developing nations alike require science and technology to ensure a sustainable supply of safe, nutritious, and affordable food and satisfy a rapidly growing demand,” says John Floros, head of the food science department at Penn State University in the US. “People’s food, be it fast or slow, local or global, whole, natural, fresh or processed, industrial or not, will require more food science and technology, not less.” In China, growing affluence stemming from urbanization has triggered rapid growth in processed food consumption. The country is expected to become the world’s largest consumer of processed food by 2015. But the growth of processed food has created its own challenges, with food safety scandals caused by producers taking shortcuts, which has in turn led to both tighter regulations and growth in demand for hygienic food processing solutions.

Especially in developing countries – where food processing is comparatively underdeveloped – huge opportunities exist to develop the food production chain by establishing or improving infrastructure for food storage, transport, packaging and logistics. In India, the food processing industry is growing at more than 10 percent per year, albeit from a relatively small base. The Indian government sees growth in food processing as essential to meet its twin objectives of inclusive growth and food security. To this end, it has launched Vision 2015 – an initiative to increase the processing of perishable foods from 6 percent in 2010 to 20 percent.

As part of the plan, the government is establishing a nationwide network of mega food parks, including Chittoor (Andhra Pradesh), Dharmapuri (Tamil Nadu), and Mandya (Karnataka), to create a “farm to fork” infrastructure that will connect the food processing industry and farmers.

Mega food parks are revolutionising India’s food supply chain by integrating different stages of food processing and agriculture in one location and building the capacity of producers. Each mega food park is structured to host 30-40 industries. By bringing food producers, buyers, processors and distributors together, mega food parks are also designed to attack wastage – a major problem in a country where up to a quarter of all food is lost or wasted due to inadequate infrastructure for harvesting and processing of cultivated food.

Food technology is an eclectic arena covering a vast range of techniques and innovations under development around the world. It ranges from advanced plant breeding techniques that produce varieties of plants tailored to specific climates and soil types to enhanced refrigeration to improve the cold chain. And from hydroponic systems that water plants in greenhouses to satellites that monitor crop development, observe disease and assess fertiliser needs.

In Iceland, technology is being used to turn fish waste into fishmeal and fish oil for small and medium-sized fish producers. The Héoinn Protein Plant uses fish waste that would otherwise be discarded to turn a profit and make a positive environmental impact at the same time.

Researchers in the UK are going one step further by exploring new ways to turn fish waste into protein-rich value-added “neutraceuticals”.

“We use the waste products, including fish skin and bones, and process the proteins through hydrolysis into bioactive peptides,” explains Nazlin Howell, professor of food biochemistry at the University of Surrey and coordinator of the Securefish project. Scientists have discovered that some of the bioactive peptides isolated from fish waste can act like a class of blood-pressure-lowering drugs called ACE inhibitors. Others exhibit antioxidant properties and could have implications for cardiovascular disease and cancer prevention. Howell says these could be put into food products such as yoghurt and milk drinks due to their potential health benefits.

The issue of feeding the world’s growing population is increasingly in the spotlight, as indeed it must be. Expo 2015 held in Milan has as its central theme “Feeding the planet, energy for life”. The exposition will bring together international players to explore if it is possible to guarantee water and food for the world’s population, and increase food security with new solutions that take into account the planet’s biodiversity.

As it has throughout human history – from the plough to fermentation, the water mill to refrigeration – technology will continue to play a central role in feeding the planet. 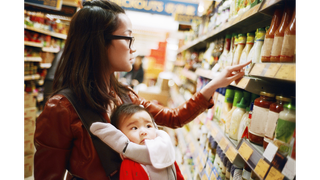 People without enough food for a healthy life: 805m

Number of overweight or obese people in the world: 2.1bn

China to be world’s largest consumer of processed food: 2015

Food producers and processors in industrialised and developing nations alike require science and technology to ensure a sustainable supply of safe, nutritious, and affordable food and satisfy a rapidly growing demand.