At the coalface of alternative energy

An economy is only as safe as its energy supply, and without adequate fuel even the most industrious nations will quickly come to a standstill. China’s booming economy is heavily reliant on imported crude oil, leaving the country vulnerable to price fluctuations and external suppliers. In an attempt to end this dependency, the Chinese government is investing significantly in alternative energy sources and is quickly becoming a leader in the field. One of the more promising breakthroughs in recent years comes from China’s research and development into indirect coal-to-liquid (ICTL) technology. Simply put, this is the process of converting coal into liquid petrochemical products, including fuel. It starts by gasifying coal to produce synthesis gas. Using the Fischer-Tropsch method, the synthesis gas is then converted into hydrocarbon compounds. The resulting fuel is far cleaner than conventional fuel, containing less sulfur and fewer aromatic hydrocarbons. At the same time it also offers a cetane number (measurement for combustion performance) as high as 70. In comparison, premium diesel fuel is usually around 60. Given China’s huge coal reserves (the third largest in the world) ICTL has the potential to offer a new domestic source of energy.

The origins of ICLT technology go back to the 1930s, however after investing significantly in its development, China is now at the forefront. In recent years, state-owned mining and energy companies have progressed from bench-scale to large-scale demonstrations, giving China first-hand experience in industrial scale up.

Construction recently began for a new ICTL project in Ningxia province, which is due to be completed in 2016 and will be able to produce 4 million tonnes of liquid fuel per annum. Similar coal liquefaction and gasification projects are also planned for Inner Mongolia, Shaanxi, Xinjiang and Liaoning.

However while China’s ICTL industry is making significant progress, a number of obstacles still remain before it becomes commercially and environmentally viable. Start-up costs for production are prohibitively high, and while ICTL fuel is better for the environment, the production process is not as it consumes large quantities of coal and water. The next big challenge is to improve the production process so that it is cleaner, more efficient and cost-effective. The key to achieving this will be finding new breakthrough technology.

Despite the technology still being in its infancy, Alfa Laval already has extensive experience working with ICTL and Fischer- Tropsch processes through its partnership with South African energy company Sasol, which goes back to the 1950s. Sasol was the first company to use the technology on a commercial scale, and today is the world’s largest producer of ICTL fuels, supplying almost 30 percent of South Africa’s motor fuel. Sasol has used Alfa Laval plate heat exchangers since the mid-1950s, and as it has developed and expanded its operations, more and more Alfa Laval components have been incorporated, with Alfa Laval’s compact heat exchangers proving to be more cost-effective than traditional shell-and-tube technology.

With china now taking ICTL technology to the next level and expanding to an industrial scale, Alfa Laval’s products are continuing to help improve and refine the process. Recently Alfa Laval won a contract to supply compact welded plate heat exchangers to a new ICTL facility in China, where they will be used in the process of converting synthesis gas to liquid fuel, such as diesel fuel and LPG. The compact design of Alfa Laval’s heat exchangers enables more components in the same space, thus contributing to making the production process more efficient. If proven successful, ICTL technology can potentially play an important role in helping China, and many other nations, become less dependent on oil. 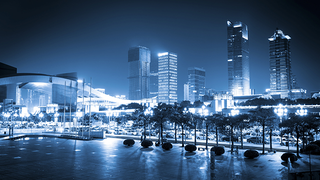 IN 1923, German scientists Franz Fischer and Hans Tropsch invented a process for converting carbon monoxide and hydrogen into liquid hydrocarbons. The patented Fischer–Tropsch process continues to be the basis for gas-to-liquid technology. The first ICTL plants were built in Germany between 1934 and 1945. During World War II, ICTL technology was particularly useful due to a shortage in petroleum and an abundance of coal. With large coal reserves and little oil, South Africa was the next country to invest in ICTL technology, with energy company Sasol opening the first commercial-scale plant in 1955. Sasol would continue to develop the technology over the next 50 years and today is the world’s largest producer of ICTL fuels. In 1980, China began investigating ICTL technology as a potential alternative to oil. The subsequent research and development has seen China become a world leader in the field, expanding production to industrial scale. Over the next few years, construction will begin on a number of megaton-scale industrial plants.