The Netherlands is the world’s second-largest food exporter by value, and the country’s 9000 hectares of greenhouses are a big reason why. But keeping those greenhouses the right temperature requires lost of energy, so developing alternative energy sources is a top priority in the country’s efforts to meet its ambitious climate targets.

The Dutch government has pledged to be free of natural gas by 2030 and reduce CO2-equivalent emissions by 49 percent compared to 1990 levels. The greenhouse sector is already taking steps toward using renewable energy, with several geothermal energy plants coming online in recent years.

Geothermal heating works by pumping up warm water from deep inside the earth (usually 1,000 to 5,000 meters deep). The warm water can then be used to heat greenhouses, reducing the need for natural gas and other fossil fuels.

Heat exchangers play a key role in harnessing the benefits to geothermal energy, ensuring efficient heat transfer between the warm water coming up from the ground and the cooler water that has been used to heat greenhouses or other buildings.

In 2017, Alfa Laval launched a new geothermal-optimised heat exchanger design as part of a pilot project, which has since resulted three other plants being retrofitted with the Alfa Laval solution. The new plants featuring the Alfa Laval design are also in the pipeline.

And with current plans calling for the building of an estimated 175 geothermal installations by 2030, chances are Alfa Laval heat exchangers will have a central role in reducing energy use and emissions form Dutch greenhouses for many years to come.

Geothermal heating works by extracting the heat from underground water sources. The further underground the water, the hotter it usually is. In the Netherlands, geothermal heat plants pump warm water up from depths of at least 500 meters. After the water has been used, the cooler water is returned to the ground. 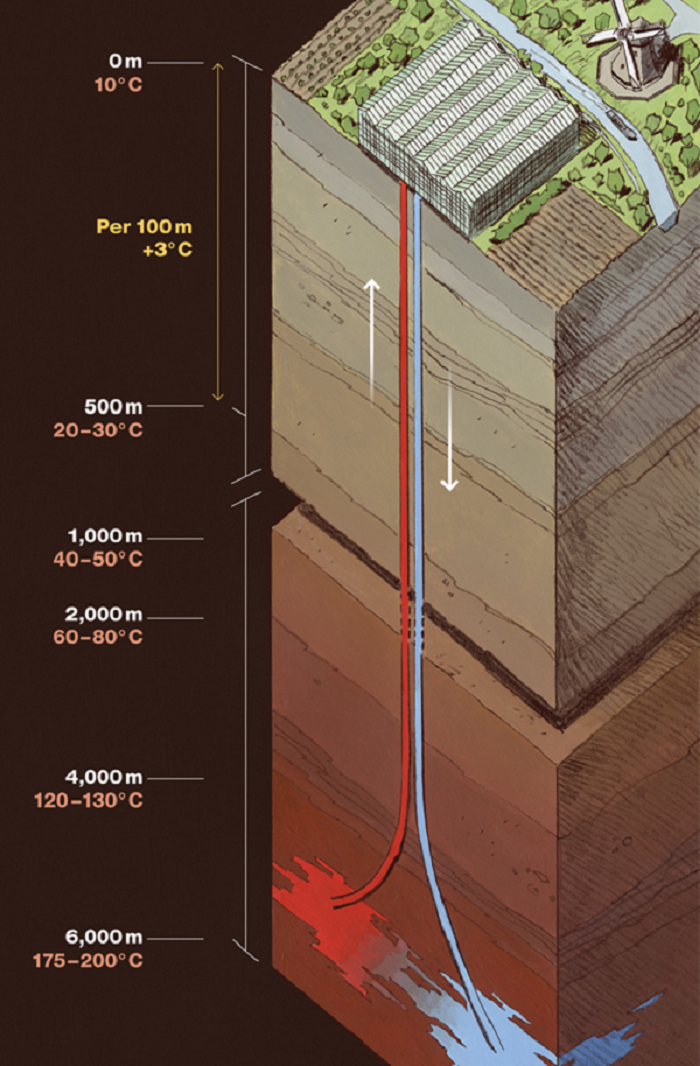