By switching to Alfa Laval separators, the City of Montreal has improved the safety of its urban ice rinks’ refrigeration systems. And the benefits don’t stop there.

Ice hockey is Canada’s national sport, and Montreal is its mecca. The city hosted the first-ever organized indoor ice hockey game way back in 1875, and students at Montreal’s McGill University came up with the first set of rules a few years later.

Today the city is home to more than 40 municipal rinks – used almost exclusively for hockey – which are in the process of being converted from Freon to the more environmentally friendly and efficient natural refrigerant ammonia. “Our rinks are surrounded by people’s homes and we need systems that are as secure as possible,” says Claude Dumas, engineer at the City of Montreal who is an expert on refrigeration systems for sports arenas. “We want to be good corporate citizens and protect our neighbours.”

As the city converts its ice rinks to ammonia it is also using a standard refrigeration solution. And this is where Alfa Laval comes in to the picture. “We are converting about four rinks a year from Freon to ammonia and we want all rinks to look alike and operate in the same way,” says Costas Labos, another engineer at the City of Montreal. “Alfa Laval equipment has become part of our evolving standard specifications.”

Using the Alfa Laval U-Turn separator in combination with an Alfa Laval M10 semi-welded gasketed heat exchanger for the evaporator, and an Alfa Laval AlfaNova 400 for the condenser, creates a number of advantages for the city and its engineers. “The small footprint of the U-Turn separator requires less floor space, and it is much faster to install a U-Turn compared to a surge drum, which we used before,” says Labos. “There are also cost savings in the amount of insulation and structural steel required.”

But the key benefit is the reduction in the quantity of ammonia in the ice rinks’ cooling systems that the Alfa Laval U-Turn allows for. “In essence we are minimizing the risk factor, which is a very important element for us,” says Labos. At the newly converted Ahuntsic Arena in Montreal, the amount of ammonia used in the system has been reduced by about a quarter.

With the same Alfa Laval system set for installation in the next batch of ice rinks, Dumas declares himself “extremely happy” with the performance. “The system has run perfectly from day one.” 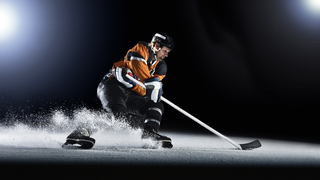