Brazil’s future within its grasp

As Brazil’s economy booms, the Latin powerhouse is heading for world leadership in biofuels.

Brazil, it has often been said, is the country of the future – and always will be. The tired old joke, based on an ill-informed perception that the country is inherently incapable of realizing its enormous potential, is wearing decidedly thin. Last year, after shaking off a shallow recession caused by the global economic crisis of 2008– 2009, Brazil’s economy grew by about 7.5 percent, leaving the developed world in the dust, and the country looks on course to settle into a sustainable growth rate of about 5 percent a year, more than double its average for much of the past two decades. Brazil really is the country of the future, it seems. And its future has – almost – arrived. Almost, because Brazil still has much to do. The foundations of stability and growth were laid by the inflation-busting Real Plan of 1994. Its architects drew up a blueprint for prosperity that included structural reforms – especially deep cuts to a bloated public sector – that have yet to be completed.

But stability alone has allowed the Brazilian people and Brazilian business to plan for the future in a way they never could under high inflation. While savings and investment remain low, Brazil has embarked on a virtuous circle in which rising employment and incomes have delivered a boom in domestic consumption, creating more jobs and higher wages and even more consumption. With the United States and Europe facing stagnation, Brazil is on a roll. Brazil’s trade balance with the US, for example, has gone from annual surpluses of about USD 15 billion in Brazil’s favour to a deficit of about USD 6 billion last year, as Brazilian consumers buy goods that those in developed countries are increasingly having to go without.

Can Brazil take up the slack in the global economy as the developed world slows? That may be asking a lot. But many economists believe its economy, currently the world’s eighth biggest, will be its fifth biggest by as early as 2015.
A big question is what kind of economy and society will it become? At first, Brazil’s recent period of growth was driven by exports. It quickly began to exploit its vast mineral wealth – much of it still untouched – and is already the world’s biggest exporter of iron ore. Its farmers and ranchers have transformed it from a middling agricultural country just two decades ago into a global powerhouse, the world’s biggest exporter of beef, chicken, orange juice, green coffee, sugar, ethanol, tobacco and the “soya complex” of beans, meal and oil, as well as its fourth biggest exporter of maize and pork.
But as the shift in trade with the US suggests, Brazilian manufacturers are losing out to cheap imports. Many businesses are still struggling under the burden of a public sector that taxes heavily and spends badly, delivering poor infrastructure and other services, often cancelling out productivity gains. A surge of cheap but increasingly high-quality imports from China is hitting manufacturing even harder. “Brazil has to decide what it wants to be,” says Charles Tang, head of the Rio de Janeiro-based Brazil-China chamber of commerce and industry. “Either it can be a high-cost, non-competitive country, in which case it can still be successful as a commodities exporter. Or it can lower the custo Brasil [the local term for the extra costs of doing business in the country] to stimulate industrial production based on lower costs.
”Nevertheless, to argue that Brazil faces the risk of “deindustrialization” is probably to overstate the case. The Brazilian people, as well as being open and welcoming, are adaptive and agile. Businesses have survived greater difficulties in the past, and Brazilians – if such generalizations can be allowed – are natural entrepreneurs. Innovation, to be sure, is often held back by poor standards of public education. But it has flourished regardless, often when the public and private sectors come together (Embrapa, a government agricultural research centre, has been especially successful at developing new crop strains suited to Brazil’s tropical climate).
One area where Brazil can claim world leadership is in biofuels. It first experimented with ethanol-fuelled cars after the oil shock of the 1970s, but this ground to a halt when rising sugar prices led producers (who can switch easily between sugar and fuel alcohol) to cut ethanol production, leaving drivers stranded. The recent development of flex fuel cars – which run on petrol, ethanol or any mixture of the two, allowing drivers to choose on price at the pump – has delivered a renaissance. The government likes to point out that in Brazil petrol is now an alternative fuel, as it is outsold by ethanol.
Now it is also investing heavily in biodiesel. Again, the public and private sectors have worked together. Under a government programme introduced in 2004, production has centred on family farms, initially using tropical crops such as dendê (the African oil palm) and mamona (the castor oil plant). But as the programme expanded, soya quickly took over as the main source of oil for processing into diesel and by 2009 accounted for more than 95 percent of all biodiesel produced in Brazil.
In 2010, Brazil produced 2.4 billion litres of biodiesel, or about 22 percent of the world total. That puts it just behind Germany, with about 23 percent, and ahead of the US, with about 18.5 percent, according to figures from the US National Biodiesel Board, the Union zur Förderung von Oel und Proteinpflanzen of Germany, the Argentinean ministry of agriculture and Brazil’s national petroleum agency.
“We expect Brazil to overtake Germany and become the world leader in biodiesel this year,” says João Artur Manjabosco, sales manager for biodiesel at agribusiness company Camera Agroalimentos.
Biodiesel is used by mixing it with fossil-based diesel, much as fuel ethanol is often mixed with petrol. Under the Brazilian government programme, a mixture of 2 percent was authorized between 2005 and 2007 and became mandatory from 2008. The original plan was to increase this to 5 percent from 2013 but instead the proportion was raised to 3 percent in July 2008, 4 percent in July 2009 and 5 percent from January 2010.“If the mixture remains unchanged, we expect economic growth will take consumption of biodiesel in Brazil to 4.2 billion litres by 2019,” says Manjabosco. “But we believe that by 2019 the mixture will have increased to 10 percent. That’s a monstrous amount of biodiesel, and Brazil has the capacity to meet it.” 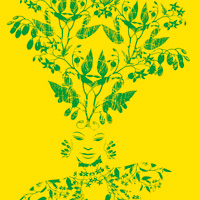 We expect Brazil to overtake Germany and become the world leader in biodiesel this year.