When Carlsberg upgraded its plant in Northampton, UK they chose Alfa Laval mixing technology which had a significant impact on production – and it may have implications for the beer-making world!

When British lager drinkers pour the contents of a chilled bottle of Carlsberg into their glasses, they will likely be unaware of the quiet revolution that has gone into the manufacture of one of their favourite tipples. For the Carlsberg UK plant in Northampton is the first major brewery to undertake the plant-wide introduction of a novel liquidmixing technology, Alfa Laval rotary jet mixer Iso-mix, as a standard part of the brewing process.

It is at the crucial fermentation stage that the Alfa Laval rotary jet mixer system is employed. Although fermentation time differs a lot from brewery to brewery and within the same brewery depending on beer type, fermentation typically takes three to seven days plus one to four days for diacety acceptance. By continuously moving the mix of wort and yeast through the fermenter, Iso-mix increases the efficiency of fermentation, thus dramatically cutting the time needed for this stage of the brewing process. At Carlsberg's Northampton plant it contributes to greater throughput and helps to meet higher production targets.

It has set new standards on how beer is going to be made"
THOMAS PALUDAN-MÜLLER, Technical operations manager at the Northampton plant.

The Alfa Laval Iso-mix technology ensures that the yeast is constantly kept evenly mixed with the wort in the fermentation tanks. By improving the contact between yeast and fermentable sugars, the conversion of sugars to alcohol is more effective. In conventional fermentation tanks, there is no forced mixing of the wort and yeast. Temperature differentials, which arise from cooling jackets along the length of the fermentation tanks, generate convection currents that have a mixing effect, but this is not as significant as the Alfa Laval Iso-mix rotary jet system.

A technical presentation by Alfa Laval showed Carlsberg the potential of the technology. Because of Carlsberg's commitment to quality, it embarked on rigorous testing of the Iso-mix system at Northampton in collaboration with the Alfa Laval team.

Once the potential savings in fermentation time were demonstrated and quantified to its satisfaction, Carlsberg took a bold decision: It would not only install the Iso-mix equipment in its larger-capacity fermentation tanks but also in 10 storage tanks – each with a 6,000-hectolitre capacity. The tanks were converted for fermentation by installing additional cooling using a heat exchanger in the tanks' circulation loop to ensure that the correct process temperature of 14 degrees Celsius was maintained in the tank. To meet the temperature requirements needed for fermentation, an external chiller was attached within the pumping circulation system. This also supports the rotary jet mixing system.

Usually the fermentation progress is tracked by measuring two key parameters – the specific gravity of the wort and the presence of the chemical diacetyl, which is produced naturally during fermentation. For the Northampton plant, in quantitative terms, Paludan-Müller says that with the Iso-mix system the end fermentation is reached 14 percent faster, there is a 23 percent faster gravity drop per day and the process is 17 percent faster to diacetyl acceptance, i.e. the level of this chemical has fallen to the required level needed to produce a good-quality beer.

Another area of improvement relates to the performance of the yeast, which is normally recovered and rested before being used again. At Northampton, there has been a 4 percent improvement in yeast viability, which is a measure of the yeast's ability to ferment.

Paludan-Müller also notes that although Carlsberg uses a yeast strain that has low flocculent properties (it does not tend to clump together), for very flocculent yeast strains – another measure of successful fermentation – real degree of fermentation (RDF) can be improved by 3 percent.

"The fermentations now are more consistent, which means that we can predict with greater accuracy when beer is ready to move to filtration, which is important for planning," says Paludan-Müller. "It also allows us to determine when we want to crop, i.e. harvest, the yeast, as we will turn off the Iso-mix and the yeast will settle. This gives us better viabilities, as the yeast does not sit in the cone of the fermentation vessel warming up and being compressed.

"Overall this means that the fermentation process is faster, the quality, stability and fermentation capabilities of the yeast during fermentation are maintained, and the final consistency and taste of the beer is not adversely affected by the introduction of the mixing technology," says Paludan-Müller.

Another feature of the technology, he says, is its relative simplicity and ease of installation. This is coupled with the fact that it has enabled savings of several million pounds in capital expenditure. Paludan-Müller says that having the rotary jet mixer installations in former storage tanks has made a contribution to increasing output capacity without the need for significant capital investment in new fermentation tanks.

"Over the past 18 months to two years, we have increased our beer-making capability from 4.5 million to 6.5 million hectolitres," explains Paludan-Müller. That 44 percent rise is equivalent to 13 billion cans of beer, and the changes to production have been achieved while continuing to make beer without interruption. The ability to increase Technical Details production has been achieved in part thanks to the Alfa Laval system. Also, Paludan-Müller points out, "if we hadn't taken this initiative we would have been struggling with capacity in the future." He says that the Alfa Laval Iso-mix mixing technology helped the plant increase capacity in a limited plant space and also saved the company millions of pounds by avoiding the need to invest in new fermentation tanks.

Iso-mix has enabled us to introduce a novel downstream process that, in some cases, has halved our fermenting time," says Paludan-Müller. "This process is the first of its kind in the brewing world."

So, while James Bond always preferred his martinis shaken, beer drinkers will come to appreciate their lagers well and truly stirred.

Overall this means that the fermentation process is faster, the quality, stability and fermentation capabilities of the yeast during fermentation are maintained, and the final consistency and taste of the beer is not adversely affected by the introduction of the mixing technology 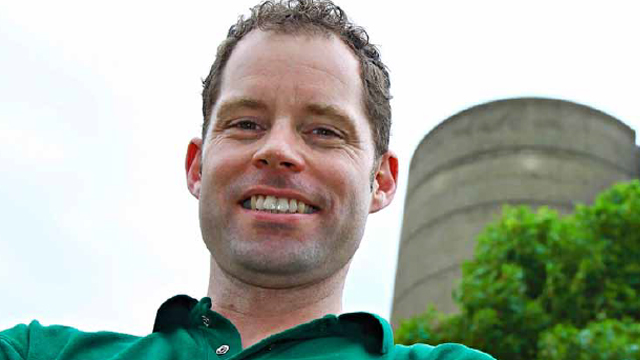 The brewery process in short

Beer brewing has altered little since our ancestors discovered that barley, yeast and water could be transformed into a potent beverage. The process is simple: The barley is germinated by soaking it in water and subsequently dried. This "malt" is then milled, and water is added and heated to release the sugars. The resulting liquor, called "wort," is separated from the spent grain and moved into fermentation tanks where yeast is added. Yeast transforms the sugars in the wort into alcohol. Once fermentation is complete, the yeast is recovered for reuse, and the beer is conditioned, filtered and canned or bottled for consumption.