Alfa Laval is a public company listed on the NASDAQ OMX Exchange Stockholm and as such, its governance is subject to a number of laws and regulations. The most important of these are the Swedish Companies Act, the Swedish Annual Accounts Act, the rules of the exchange and the Swedish Corporate Governance Code (“the Code”). Alfa Laval’s corporate governance complies with the Code, with only one exception.

The external regulations are supplemented by internal ones, which include the company’s Business Principles, governing documents, such as guidelines and instructions as well as procedures for control and risk management. In addition, the work of the Board and the president is governed by formal work plans.

In accordance with the Swedish Code of Corporate Governance, Alfa Laval each year submits a corporate governance report as a supplement to the annual report.

In the report you find an overview of how Alfa Laval is governed. The aim with the report is to facilitate our shareholders' assessment of how the Board and management handle the responsibility assigned to them.

The Annual General Meeting of Alfa Laval AB was held on Tuesday, April 26th, 2022, at 4:00 p.m. CET at Scandic Star Lund in Lund, Sweden. Minutes and all documents can be found to the right.

The Nomination Committee for the Annual General Meeting 2022 has been appointed by the largest shareholders of Alfa Laval AB and consists of the following members:

In addition, Dennis Jönsson, Chairman of the Board of Alfa Laval AB, will be part of the Nomination Committee.

Shareholders who wish to submit proposals for the Nomination Committee in preparation of the Annual General Meeting can turn to the Chairman of the Board of Alfa Laval AB, Dennis Jönsson, or to the other shareholder representatives. Contact can also be made directly via e-mail to: valberedningen@alfalaval.com.

Alfa Laval's Board of Directors consists of eight elected members, with no deputies, and three employee representatives, with three deputies.

Elected by the Annual General Meeting

Born: 1961.
Previously President and CEO of Gunnebo AB, held several senior positions within the SKF Group, including Industry Division Manager and CFO, and served as CEO of Johnson Pump AB.
Education: BSc. Econ. from the Gothenburg School of Business, Economics and Law.
Board member: Velux A/S, IPCO AB, Thomas Concrete AB, Traction AB and the German-Swedish Chamber of Commerce.
Independent of the company and major shareholders.
Number of shares in Alfa Laval: 4,000. 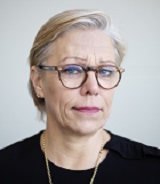 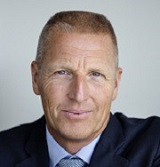 Born: 1958.
President of X-Vax Inc. Formerly CEO of H. Lundbeck A/S, Director of Wyeth Pharmaceuticals, EMEA/Canada & BioPharma, and a number of other senior positions in Wyeth.
Chairman of the Board: Hansa Biopharma AB and Sigrid Therapeutics.
Board member: UCB Pharma and Agenus Inc.
Independent of the company and major shareholder.
Number of shares in Alfa Laval: 20,000. 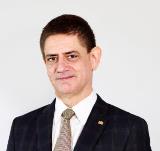 Born: 1965.
Employed by Alfa Laval since 1990.
Employee representative for the Swedish Union of Clerical and Technical Employees in Industry (Unionen).
Number of shares in Alfa Laval: 100.

Born: 1968.
Employed by Alfa Laval since 1994.
Employee representative for the Swedish Metal Workers’ Union (IF Metall).
Number of shares in Alfa Laval: 50. 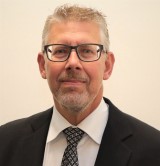 Born: 1964.
Employed by Alfa Laval since 2016.
Employee representative for the Swedish Confederation of Professional Associations (SACO).
Number of shares in Alfa Laval: 101 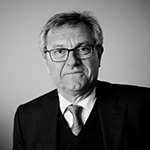 Former positions include President and CEO of OVAKO AB and President of Sandvik Coromant.

Board member of Boliden AB.

Education: MA Law from the University of Lund in Sweden and MBA Business Administration from IESE in Spain. 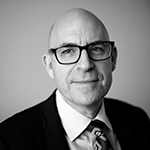 Employed by Alfa Laval since 2018. 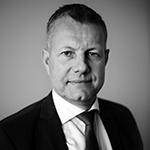 Employed by Alfa Laval since 1995.

Employed by Alfa Laval since 2002. 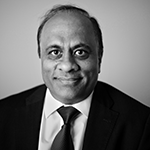 Employed by Alfa Laval since 1984.

Former positions include Executive Vice President in charge of the Western Europe and North America Regions, and Head of India and the UK. 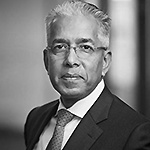 Employed by Alfa Laval since 2011.

Previously Head of the Pumping Systems and Offshore business units. 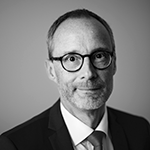 Employed by Alfa Laval since 1990.

Former positions include Executive Vice President in charge of the Central and Eastern Europe, Latin America, Middle East and Africa Regions, Head of Mid Europe Region and Head of the Process Industry segment. 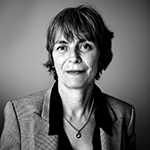 Former positions include Senior Vice President of Human Resources at various units within Sandvik and Electrolux.

Education: Master's degree in marketing from ESSEC Business School and a degree in engineering from the Institut Supérieur Agricole de Beauvais.

Number of shares in Alfa Laval: -

General Counsel & Secretary to the Board of Directors.

Employed by Alfa Laval since 2008.

General Counsel and Secretary to the Board of Directors since 2015, President of Group Legal & Sustainability. Former positions include senior legal counsel in the Alfa Laval Group and attorney at law.

In Alfa Laval’s judgment, none of these auditors has any relationship to Alfa Laval, or a company close to Alfa Laval, that could affect their independent status in relation to the company.

Board of Director's report on internal control

The Remuneration Committee is involved in recruitment, appointments, and matters pertaining to other conditions of employment relating to the President and Group management. The Committee is responsible for preparing the guidelines for remuneration to senior executives to be resolved on by the Annual General Meeting and for submitting motions to the Board of Directors regarding salary and employment terms for the President. In addition, the Committee addresses matters regarding salary and employment terms for senior executives who report directly to the President.

The Remuneration Committee is appointed annually at the Board’s statutory meeting. In 2021, the Committee comprises Dennis Jönsson (Chairman), Jörn Rausing and Ulf Wiinberg.

The Swedish Code of Corporate Governance

The Swedish Code of Corporate Governance is an important component in the self-regulation of Swedish business and aims to improve corporate governance within the Swedish listed companies. It complements the Swedish Companies Act and other legislation.

The Swedish Corporate Governance Board issued a revised version of the code which was applicable from January 1, 2020. To this should be added Instructions issued by the Swedish Corporate Governance Board. These you can find at www.corporategovernanceboard.se. The Swedish code is based on the principle "comply or explain" which means that a company can deviate from the code's provisions as long as it clearly shows and explains why.

Read the complete code in the downloadable PDF

The Articles of Association were approved at the Annual General Meeting of shareholders on 27 April 2021.